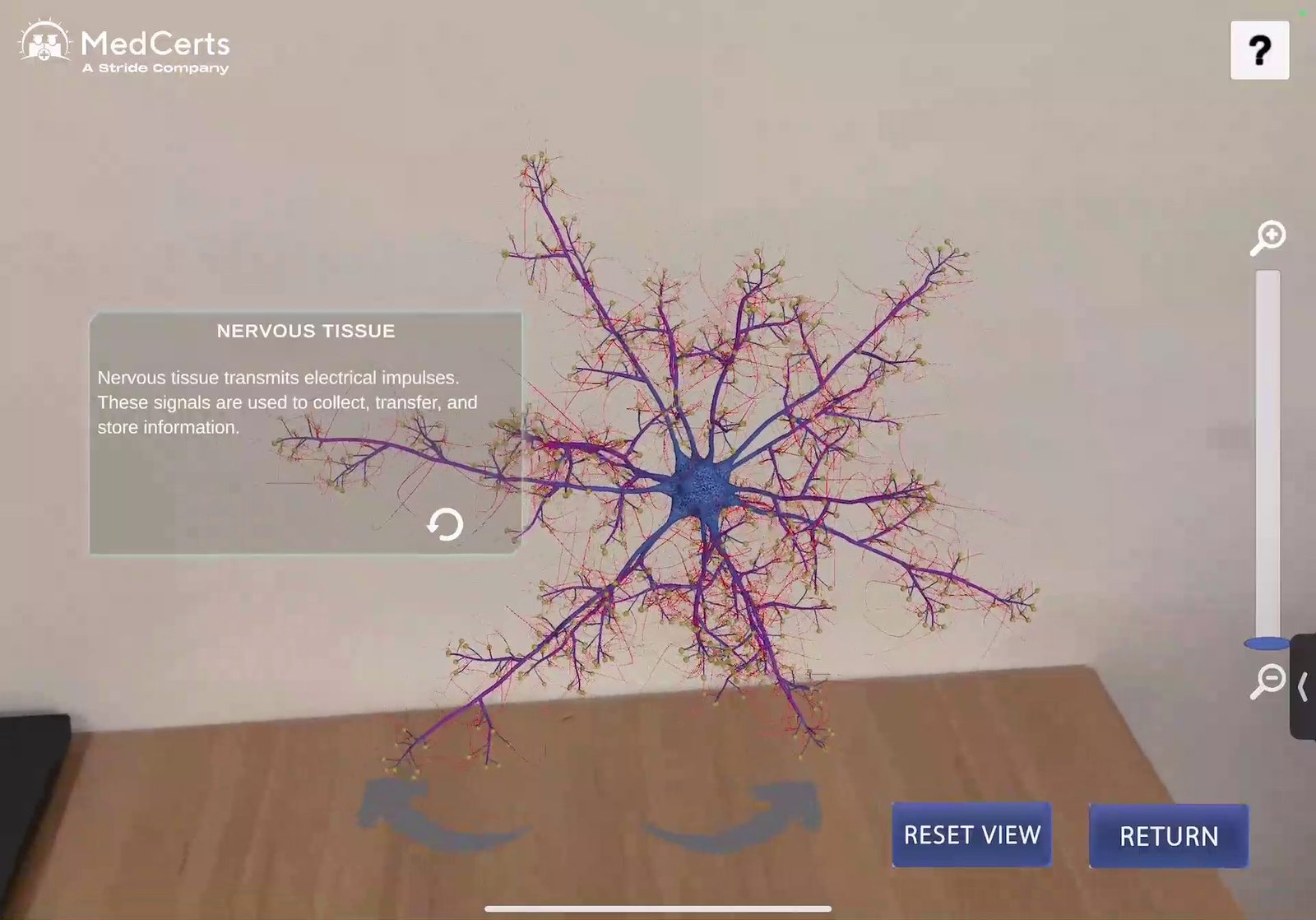 AR in Education – Beneficial to Learners and Trainers

Remember the buzz that Pokémon Go created when it first arrived? Roaming around in the real-world and catching Pokémon in the virtual world. Wow! Wasn’t that exciting? What if the same excitement could be brought into the world of education and learning? Back then augmented reality or AR was not a common term and the technology was still evolving but the scene has changed now. Integrating AR in education is not such a big deal anymore. On the contrary, AR would prove to be an enhancement to existing educational content.

We won’t go into the technology and specifics of AR. A lot has been said and written about it. In the simplest of terms, AR is the overlaying of virtual objects, audio, visual and sensory, onto the real world to create interactive and entertaining experiences.

This is simple. All one needs is a smartphone or tablet. Open the particular app or webpage and follow the instructions. These are very basic instructions and require no special knowledge. How do you think Pokémon Go got so popular?

According to Statista the world will see a rise of 3.7 billion in smartphone usage from 2020 to 2024. At the same time, there is going to be an estimated 1.73 billion mobile augmented reality user devices by 2024. The augmented reality global market is estimated to reach 198 billion US dollars by 2025.

Benefits of AR in Education

Gaming may have been the primary usage of AR but the scope is widening. According to FinanceOnline, though gaming does hold the top spot at 61 percent, education and healthcare are catching up at 41 percent. This is not without reason. With a number of benefits under its belt, AR in education can prove to be a very useful tool to deliver quality education.

Interactive, immersive, and engaging: Games are popular because users get to interact with the content. The same applies to educational content in AR. The user can associate of hint of gaming in it. This makes it fun, engaging and immersive. This further leads to increased retention and knowledge application in real-life.

Visual, three-dimensional approach: We live in a three-dimensional world. Content presented to us in two dimensions will be less relatable. However, when the same content is presented in 3D the relatability to real-life gets closer and easier to understand. Compare a 2-dimensional image of the Colosseum to a 3D graphic that grants the user a 360-degree view from all sides. The latter is going to have a lasting impression on the user, somewhat like having been there.

Inaccessible becomes accessible: Technology has enabled us to create graphics that can replicate real-world objects and environments to the precision, including those not visible to the naked eye. Take for example the insides structure of a human eye. Diagrams and descriptions have so far, been used, to give students an idea of what the human eye looks like. The retina, macula, choroid and many more minute parts make up the human eye. AR gives learners are view inside the eye and helps them better understand its structure and working.

An interactive, three-dimensional representation of the anatomy to the eye makes understanding and remembering better.

Precise visual description: The following sentence describes the functioning of the human heart. ‘Atrial systole forces blood through the AV valve, into the ventricle which is in diastole.’ Here, the learner is left to their imaginations of ‘blood forced through the AV valve.’ If the same thing was presented to the learner in visual format it would make the concept easier to understand and leave no room for wild imaginations and doubts.

Easy to access: AR content is fairly easy to access. It does not require any special devices, software, or location. Smartphones have become very common and users are familiar with basic functions like accessing website and downloading apps. While some AR content is available via downloadable apps, there are many that can be accessed through websites or by scanning QR codes and following the on-screen instructions.

Augmented reality is a common term now and AR content is widely available in a range of subjects for different age groups. Educators are realizing the benefits of using AR in education as a valuable asset that can help teachers teach better and learners learn better.

Contact Us to create engaging and immersive AR educational content or to know more about our immersive architecture.